Google added a neural matching system in local search, so many marketers and website owners have seen changes in the local ranking last month.

Google confirmed the update of the local search algorithm in November 2019. According to a message posted on Twitter, the update was related to making “the use of neural matching part of the process of generating local search results.”

Google rolled out this update, called “Nov. 2019 Local Search Update” worldwide, and it affected all countries and languages. 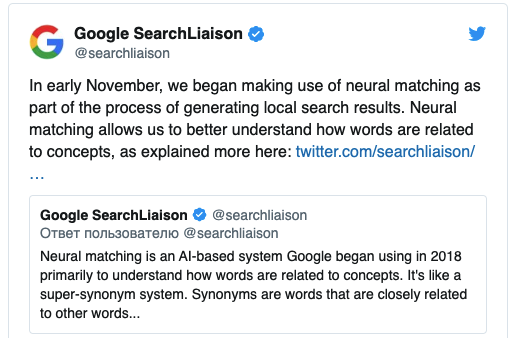 Neural matching is based on artificial intelligence and has been used by Google since 2018. This technology can be described as a system of super-synonyms.

Now neural matching allows Google to recognize when user requests contain local searches, even if the company name or description is not included.

Google added that the site owner does not need to do anything specifically to optimize for the latest update. Those who want to succeed, just need to continue to follow the basic rules of the search engine.

Due to the constant updates of Google algorithms, it is necessary to carry out regular and comprehensive work on your website SEO.

We remind you that in November Google confirmed the update of the algorithm after webmasters complained about the jumps in the positions of sites in the issuance. But then Google did not disclose details, simply confirming the fact of updates.

Now there is clear evidence that not only your data shows ranking changes in local search results.

Last year, Sullivan said neural matching affects 30% of all queries. This, of course, increased with the deployment of it to local queries.

Your success is literally around the corner. 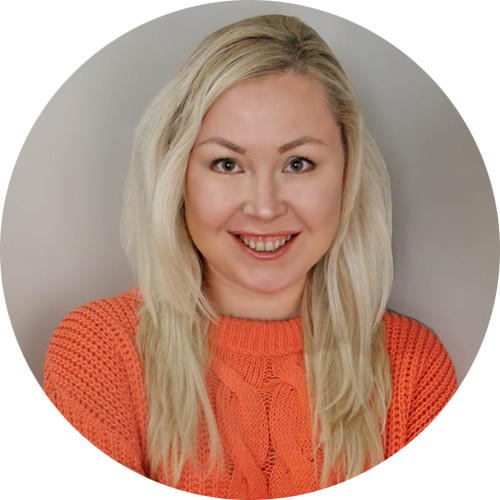 ROI is the only metric that matters.
Achieve success with professional integrated marketing!
We are a full cycle agency with a powerful range of digital services.
And each of our specialists knows that you need more than just marketing.

Are you ready to conquer
a new level of business?

Do You Need to Increase ROI? Fill out the form below. We will follow up with you in 1-2 business days. 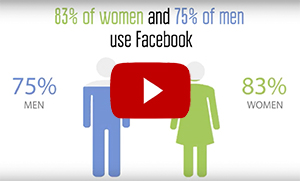